Core Tip: In 2017, sales of passenger cars reached 24,209,092 units, a slight increase of only 2.36% year-on-year, of which the impact of changes in purchase tax policies on sales volume can not be ignored...

In the whole year of 2017, the sales of passenger cars reached 24,209,092, a slight increase of only 2.36% year-on-year, of which the impact of changes in purchase tax policies on sales volume can not be overlooked: The 2017 purchase tax concession depreciation resulted in early overdraft of part of the demand for the next year at the end of 2016 , sales growth in 2017 was weak. 2017 may become an important turning point, and micro-growth has become the new normal for the development of the passenger vehicle market in China. 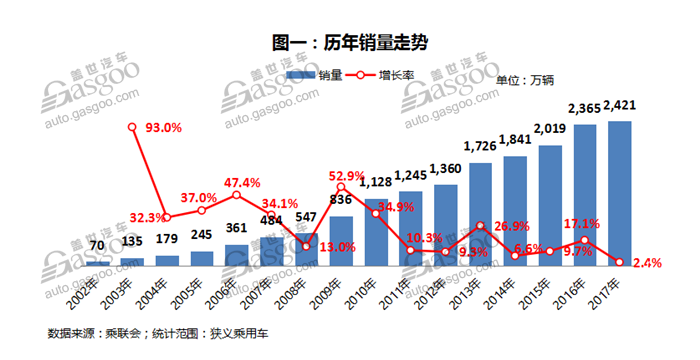 In 2017, the annual sales volume of the sedan market reached 118.796 million, a year-on-year decrease of 1.9%. The sales volume of the SUV market reached tens of millions, reaching 102.972 million units, a year-on-year increase of 13.9%. Compared with the rapid growth of 40-50% per year in previous years, the growth rate has slowed down significantly. From the experience of the car market, after the scale of sales rose to tens of millions (car sales reached 10.1 million in 2011), it entered the era of low growth. 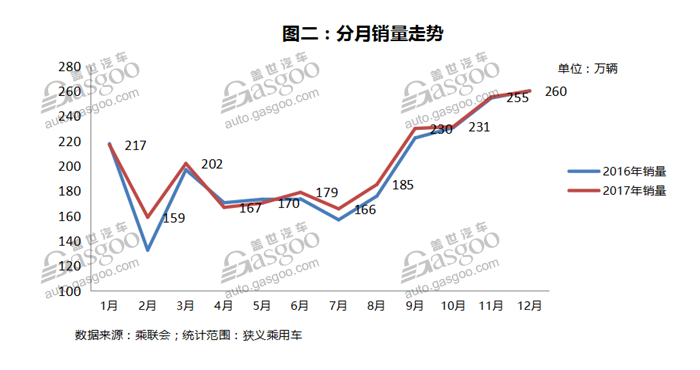 This year happens to be the first year for the SUV market to enter the 10 million level. With reference to the situation of the car market, the era of high-speed growth of the SUV market may never return. However, due to domestic consumers' preference for SUV models, the SUV market will still have a comparative advantage. The large absolute growth space is only 40-50% annual growth rate level should be gone forever. 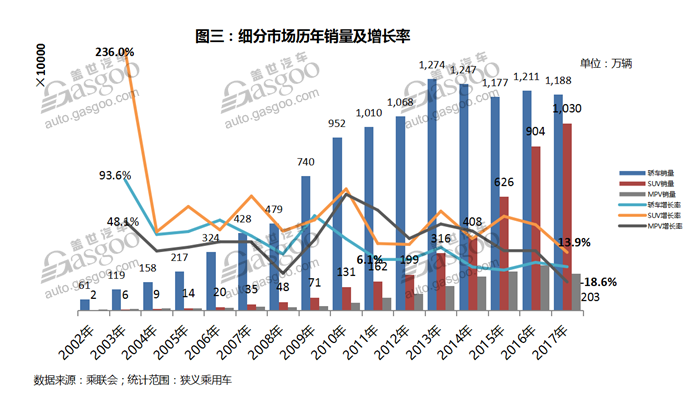 From the point of view of the sedan market, the share of B-class and C-class vehicles continues to expand. A0 and A00-class cars are mainly affected by pure electric vehicles, but their share has changed little. 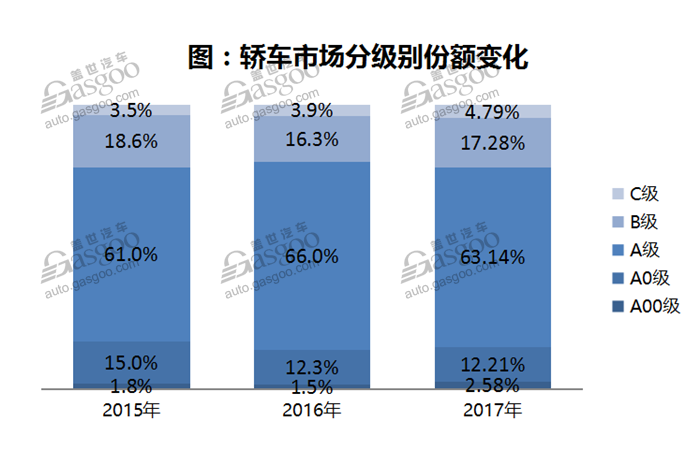 From the point of view of SUV market segmentation, the share of medium-sized and medium-sized SUVs continues to expand, and compact cars still occupy a major share of the market, but are expected to gradually reduce. 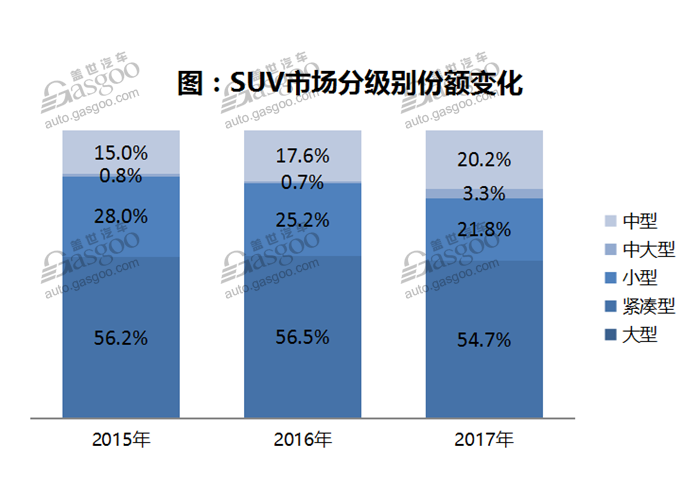 Third, the rise of strong independent enterprises, to step up the pace of joint ventures to step up

As an important force for the growth of Chinaâ€™s automobile market, autonomous vehicle enterprises deserve attention. In 2017, autonomous vehicle enterprises achieved sales of 102,565 vehicles, an increase of 4.77% year-on-year, and their share increased from 41.39% in 2016 to 42.37% in 2017. With the support of various star models such as Bo Yue, Di Hao and Yuan Jing, Geely achieved sales of 1,248,004 units in 2017 and succeeded in entering the million-dollar sales camp in Changan, a surge of 62.02% year-on-year, closely tracking the pace of joint ventures.