"Jiangshan is in Wanli Road, and Guanshan is willing to serve me."

The Dongfeng Cummins ISZ engine spokesperson, composed of a group of experienced, storyful and enthusiastic card friends, was officially born. The entire selection process was not fiercely confronted, and there was no anger. Only the user experienced the most authentic experience of the ISZ engine. Blessings.

The recruitment activities were successfully completed with the active participation of ISZ users, and the team of spokespersons expanded from the original 13 to 20 people. 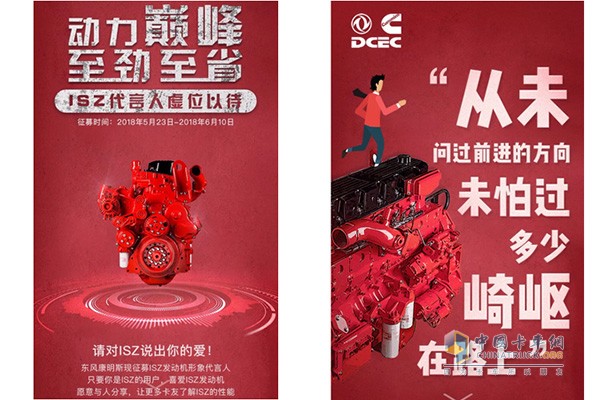 When talking about expanding the army, Kangkang was a little excited. The degree of registration after the event went online was completely beyond the expectation of Kangkang. There were many typical and representative users, and many touching stories were discovered.

So many excellent users of ISZ are very recognized for our engine products. It is difficult to choose. After all considerations, the number of spokespersons will be expanded to 20 people.

The users who signed up were from Tiannanhaibei, some of them lived in the northwestern part of the country, and there were also hidden jungles in the jungle. The card friend from the jungle of Junan made Kangkang a little excited. He said that since the 20-year-old car used to use the Dongfeng Cummins engine, 340 horsepower ran for 7 years, now ISZ 480 ran for 1 year and 3 months, only changed a small part, fuel consumption is particularly good, run a mile When Kunming returns, it can save 30L of oil than other cars of the same horsepower. He also told Kang Kang that he often runs routes in Myanmar and Laos. On the roads of Southeast Asian countries, there are more and more trucks loaded with ISZ engines. Speaking of this, Kang Kang and the card friend together raised a sense of pride. 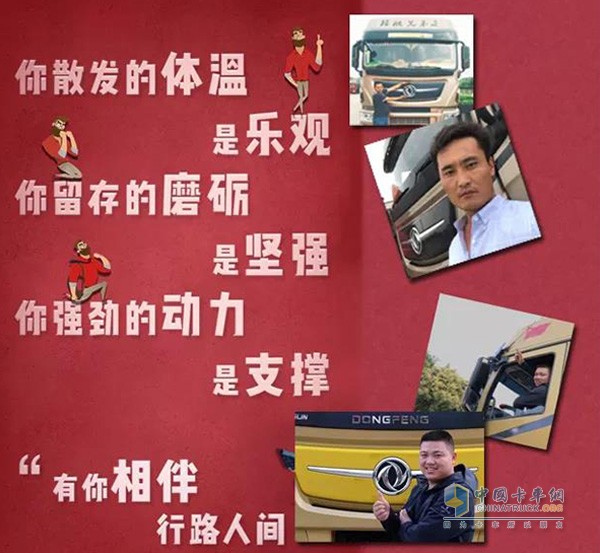 Another spokesperson said, "The user of Dongfeng Cummins was very early. The engine of the previous car ran for more than one million kilometers without overhaul. It was also very fuel-efficient. When the new car was changed, the flagship of Tianlong equipped with ISZ engine was selected. Cummins has a special liking.â€ In the fast-paced life, some customers use the most authentic data to express their love for Dongfeng Cummins. It is absolutely true love!

Among the 20 spokesmen selected, there are bold and handsome big men, and also very cheerful and cheerful sisters; their transport categories include department stores, green pass, and dangerous chemicals, covering the entire truck market, and the transportation routes are all over the place. Throughout the country, from the sharing of these 20 spokespersons, you can fully and intuitively understand the work and life of ISZ users.

Here, Kangkang would like to thank every registered user for the recognition and support of the ISZ engine, and will present an ISZ engine model for each applicant who meets the registration requirements. The list of 20 spokespersons is as follows, please speak as soon as possible to upload a clear personal photo through the subscription number platform~

Dongfeng Cummins will carry out a unified image packaging for this spokesperson team and design a comic image. The spokespersons will debut with a new image! 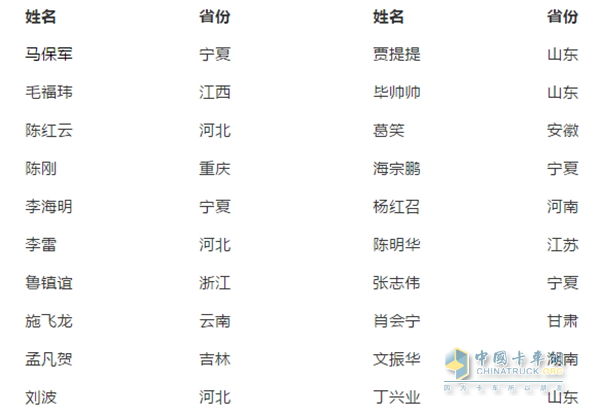 Are you a little lucky in your mind to be a spokesperson?